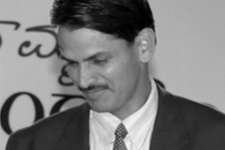 They have introduced the Zero Garbage pilot project in Gandhinagar. The concept of having a Zero Garbage Zone demands immense responsibility from the BBMP, and BBMP has been successful in doing so, thus leading to replication of the idea in many other areas of Bengaluru. The initiative was started in early 2009, thus spreading the message of “Clean City” as Bengaluru is known to be the Green City. Zero Garbage Zone also promotes cleaner and healthier environment with no fear of Diseases speard through Garbage and clutter.