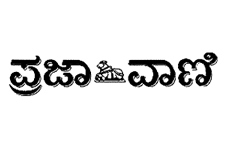 Started in 1948, Prajavani is the oldest Kannada-language broadsheet daily newspaper published in the State of Karnataka. It has a readership of over 2.5 million, by virtue of being one of the largest circulated newspapers in the state. Prajavani (PV) has a history of being a politically independent newspaper, although it tends to opine with a liberal tilt. It is known for exposing the causes of Dalits, encouraging women’s empowerment and taking pro-poor positions on economic issues. It has managed to maintain an independent position, despite an increasingly polarized media landscape in Karnataka. Prajavani uses the tagline “the most trusted Kannada daily newspaper”, which appears below its masthead.