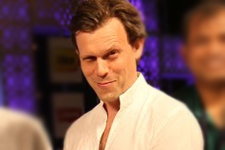 Sean Blagsvedt is the CEO of Babajob.com, which connects employers to informal sector employees in the developing world – such as maids, guards and office helpers – through a combination of mobile phones, location, skill and price filtering and social connections. The site has added over 500,000 users and 1 million job positions, launched with 6 large mobile carriers in India and has been profiled by the New York Times as a significant innovation that “seeks to bring the social-networking revolution to the world’s poor.” Previously, Sean spent 9 years with Microsoft in the Office, Windows and Research groups. In 2004, Sean moved to Bangalore as the 3rd member of Microsoft Research India, heading the Program Management and Advanced Prototyping team, focusing on novel approaches to mobile phones and technology in emerging markets. Prior to Microsoft, Sean worked at the White House with the Internet Policy czar, Ira Magaziner. Sean holds dual bachelor degrees in Computer Science and Public Policy from Brown University (1998) and is a TED Fellow.