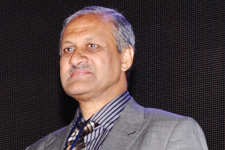 Bangalore Metropolitan Transport Corporation (BMTC) is a government agency that operates the public transport bus service in Bangalore, India. BMTC was the first in the country to introduce intra-city Volvo buses. Earlier, they were well received on the IT sector routes but are now patronized on all routes in the city. It has the record for making profits consistently over the years and is one of the few public sector undertakings in Asia to make profits.It has the youngest fleet of buses in the country due to which the KMPL is also higher compared to other undertakings. BMTC is one of the few undertakings to introduce pneumatic doors in India even in its fleet of ordinary buses to provide safety for passengers. Currently, busses in Chennai and Hyderabad also have adopted this system. BMTC operates the longest city bus route in India. It covers 117 kilometers in 73 minutes.